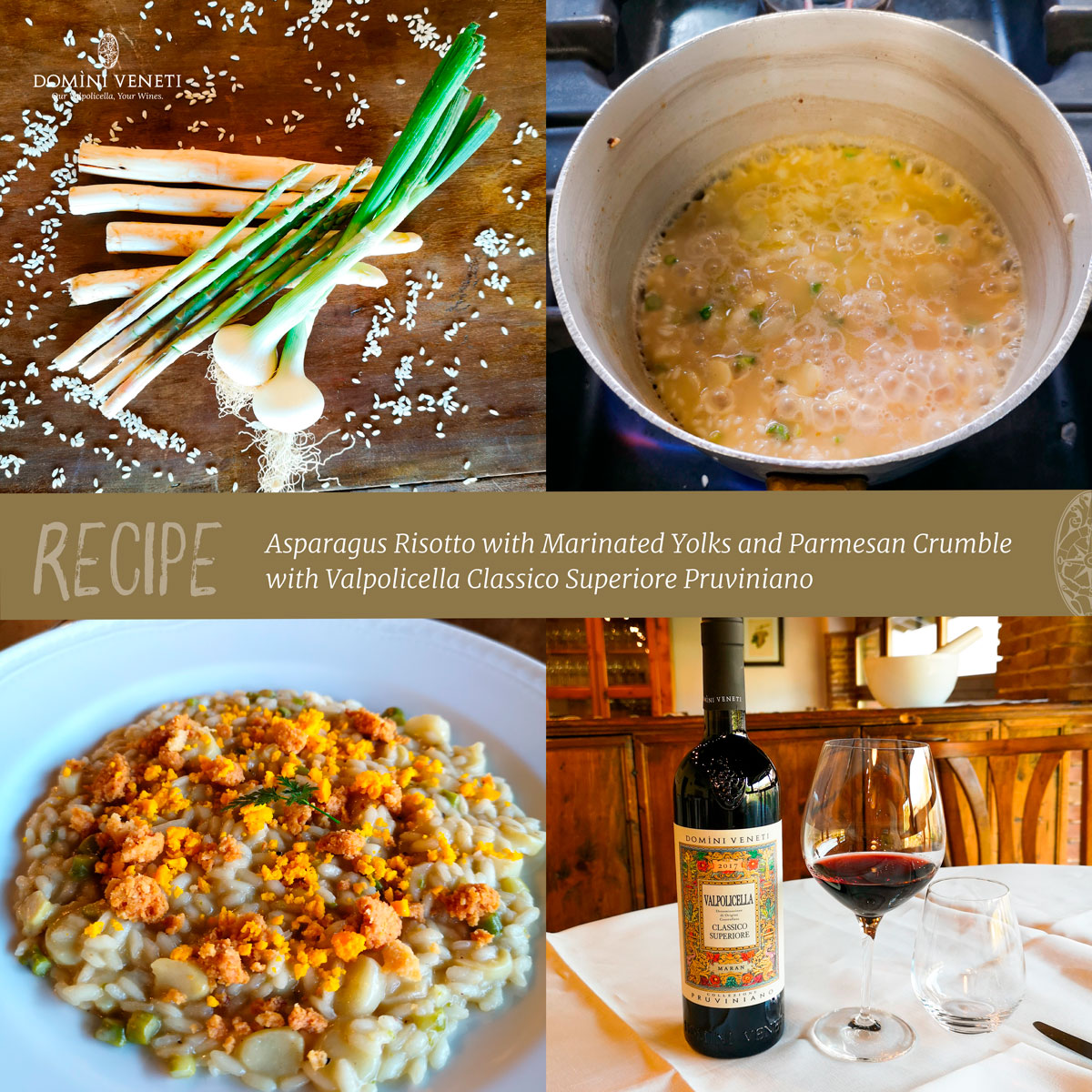 Osteria DOMINI VENETI: A country restaurant, surrounded by vineyards, which these days seem to be green and full of promises called sprouts, then leaves and then flowers waiting for the autumn fruits.

Waiting for the reopening and to be able to reveal more (coming soon!) Of a new and exciting offer in the Domìni Veneti Wine Experience, we will accompany you in the meantime with recipes and combinations: dishes made with local ingredients offered by the season, with simple tastes and born to accompany Domìni Veneti wines. 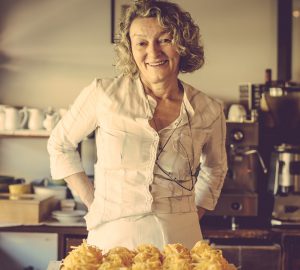 We begin this journey with a recipe from our Ada Riolfi, the flagship of this new collaboration, proud to call herself “A cook among chefs.” Since 1996 Ada has been running a famous restaurant in Valpolicella, with a menu linked to tradition and seasons, designed to accompany the extraordinary selection of the wines offered.

And then, let’s start with the first delicious preparation, which you can do by following doses and steps. 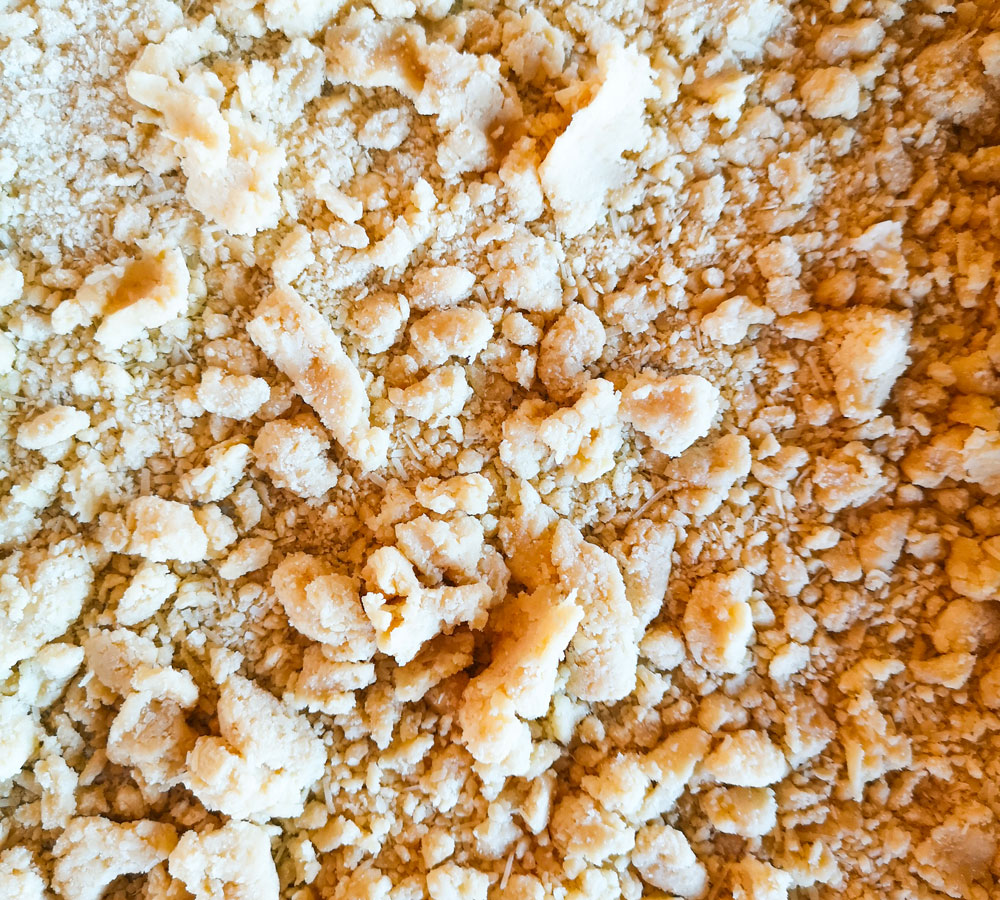 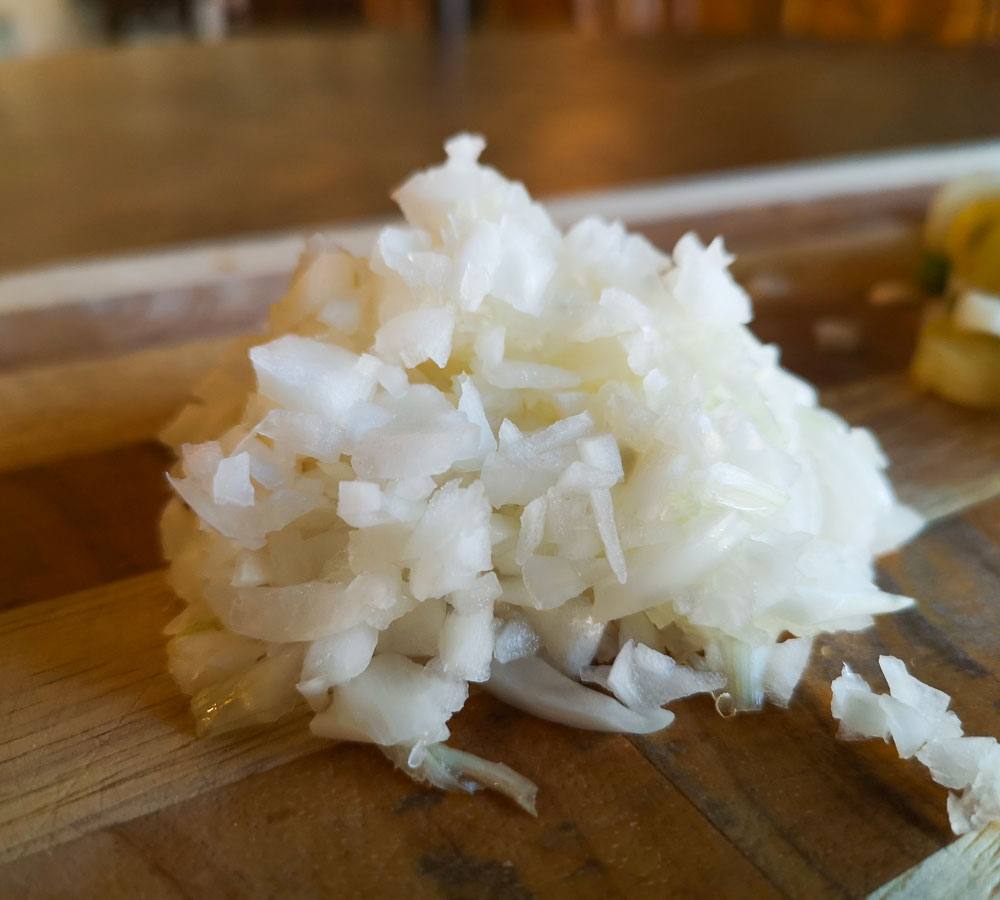 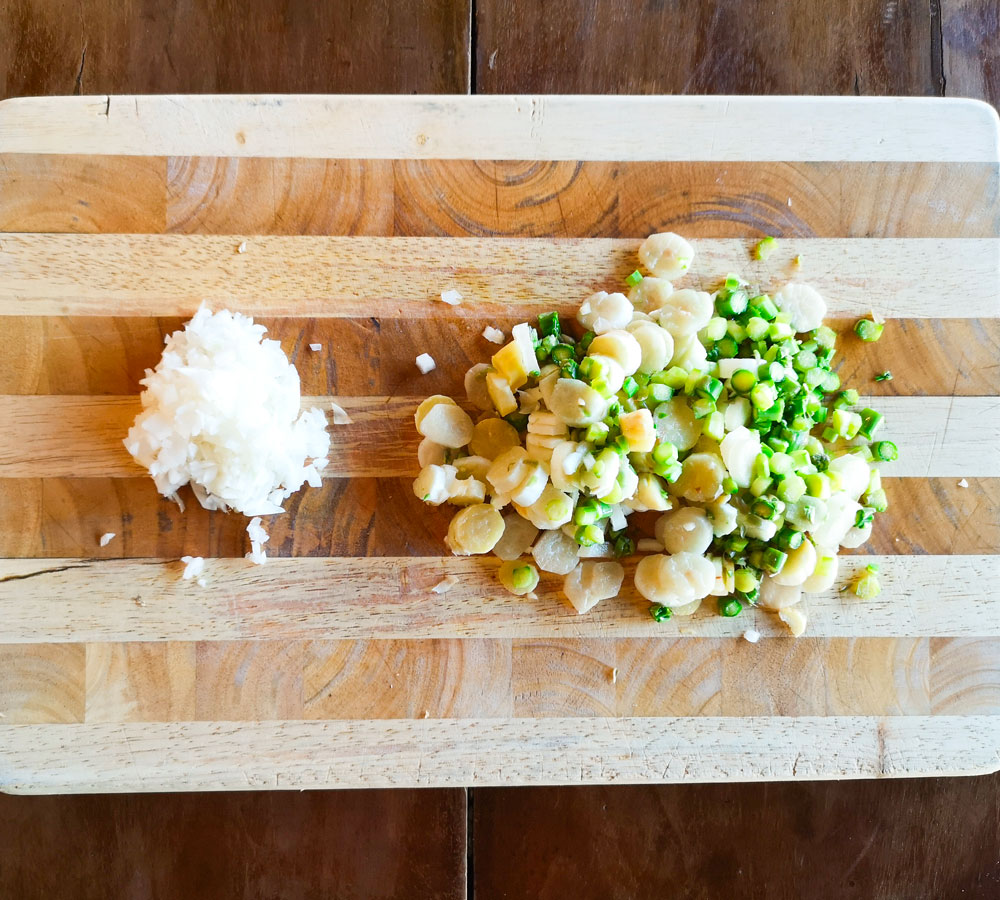 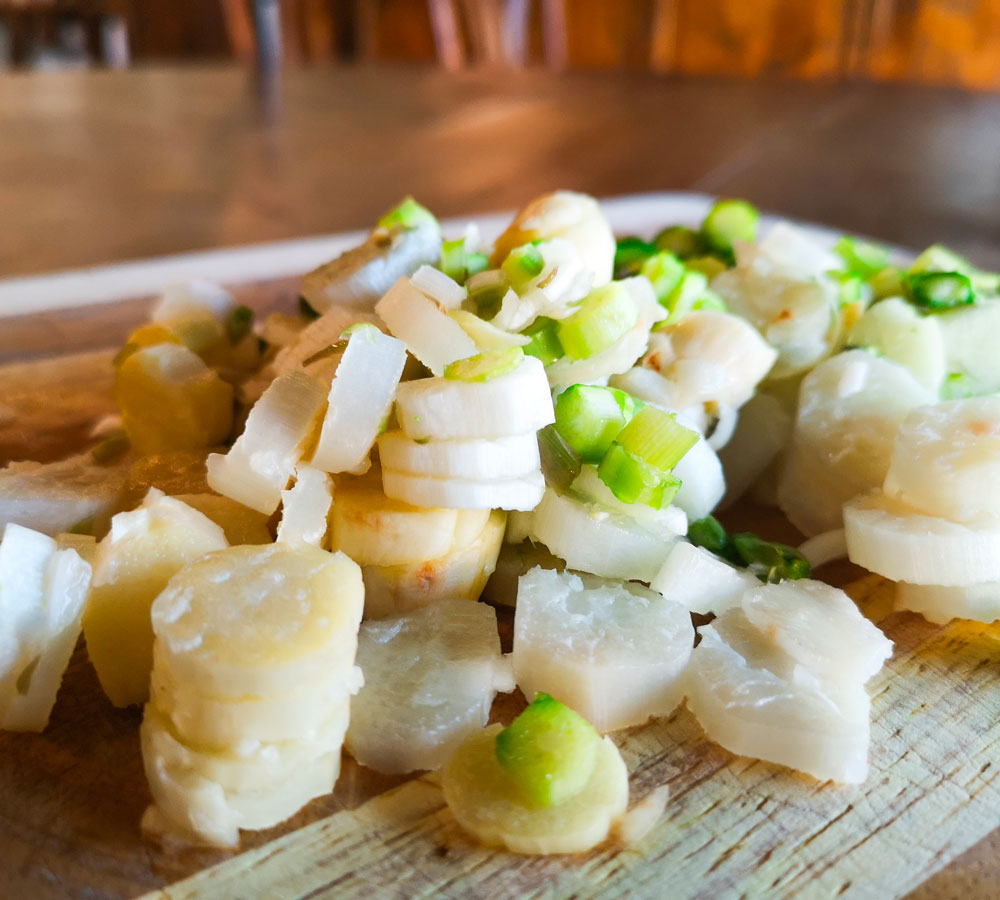 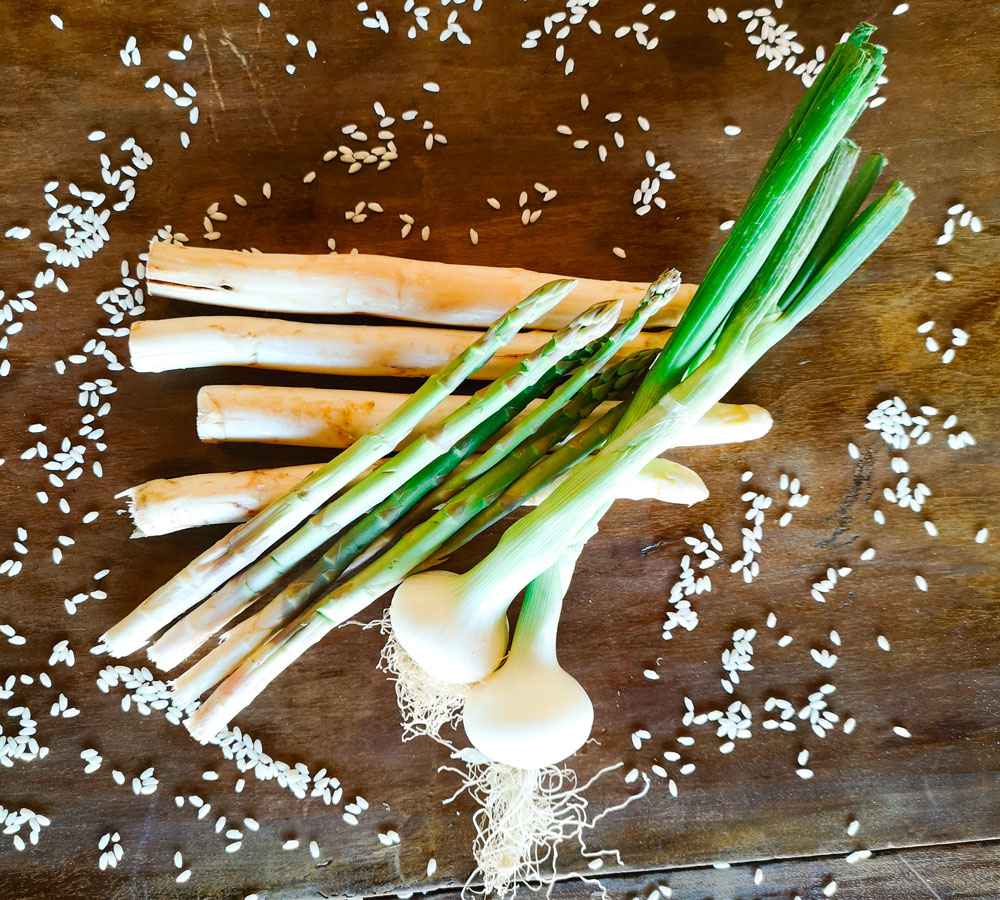 First, mix the sugar and salt to marinate the yolks. When the mixture is homogeneous, spread half of them on a plate, then separate the yolks from the 3 eggs and place them gently on the salt and sugar layer. Cover the yolks with the remaining mixture, being very careful, and leave to rest for 4 hours.
For the Parmesan crumble, mix the ingredients with your hands until a homogeneous mixture is obtained. Spread the dough with a thickness of 5 mm on a plate, then bake in the oven for 20 minutes at 180 °.

For the risotto, start by cutting the onions. Peel the asparagus, then remove the tips and the softer part by stem and cut them thin. Store the onion and asparagus stalks, cut them coarsely and brown them briefly in a pot with a drizzle of oil. Then add water and salt to prepare the risotto broth. Boil for 20 minutes.

In the meantime, put the tips and the spring onion in a saucepan with the butter on a low heat and leave to fry. When the asparagus has softened, add the rice and raise the heat, toasting for 3 minutes until it is golden brown. Meanwhile, filter the broth with a strainer, then add it to cover. Cook for 10 minutes and eventually add another ladle of broth if the risotto dries too much. 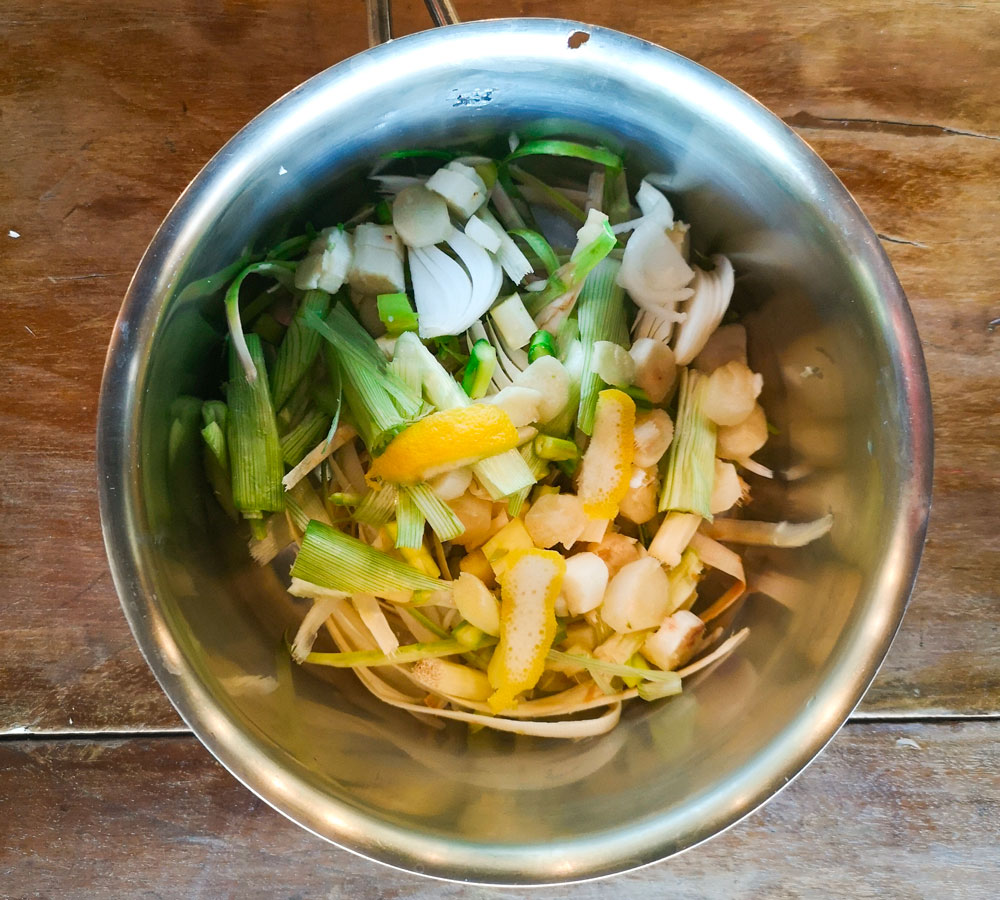 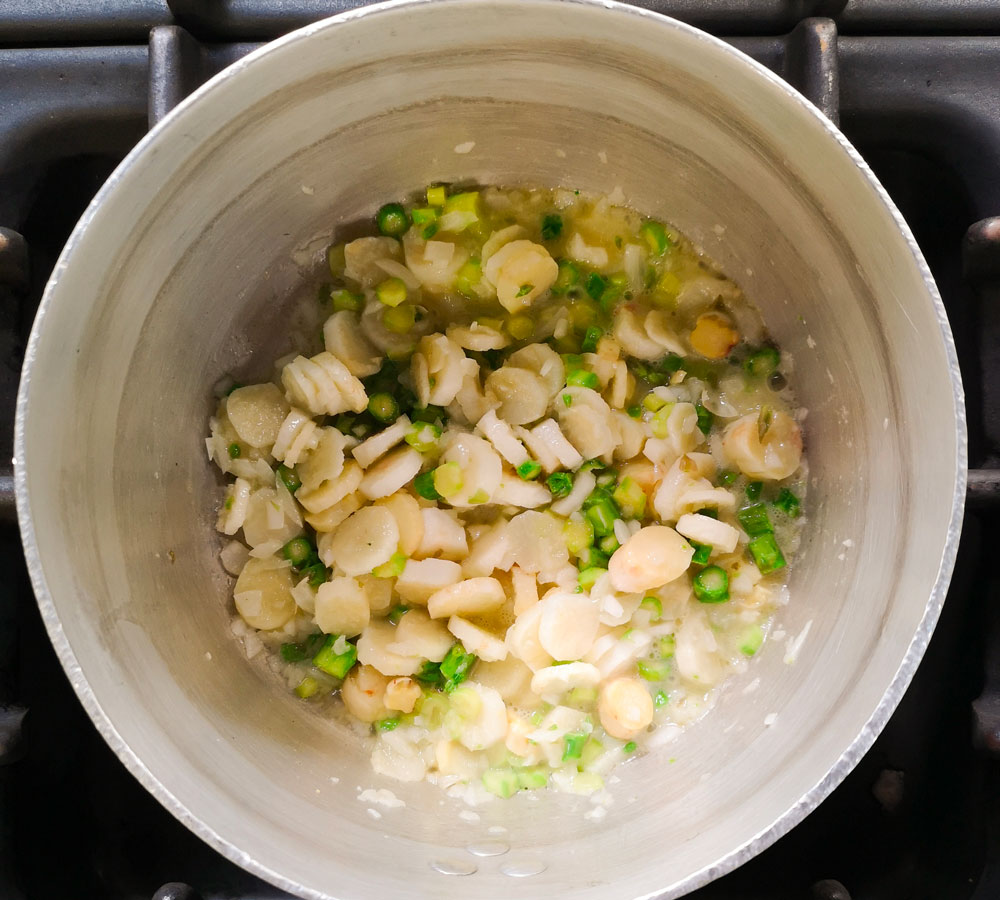 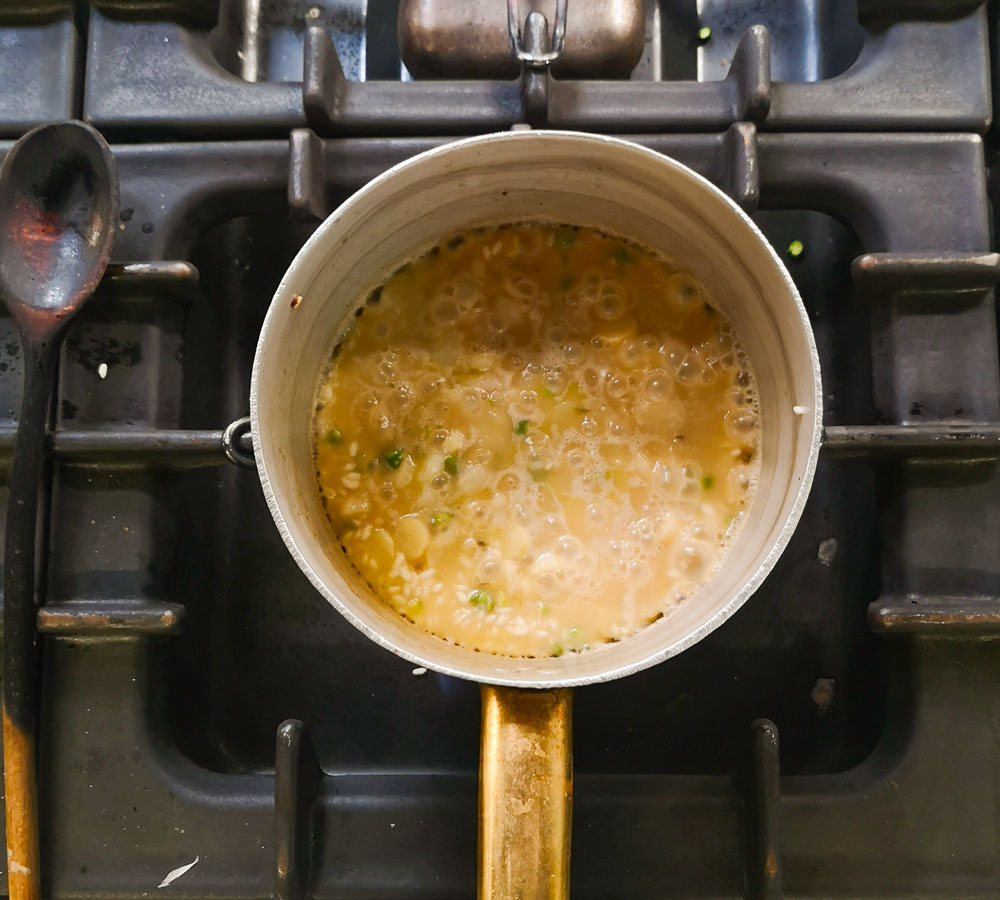 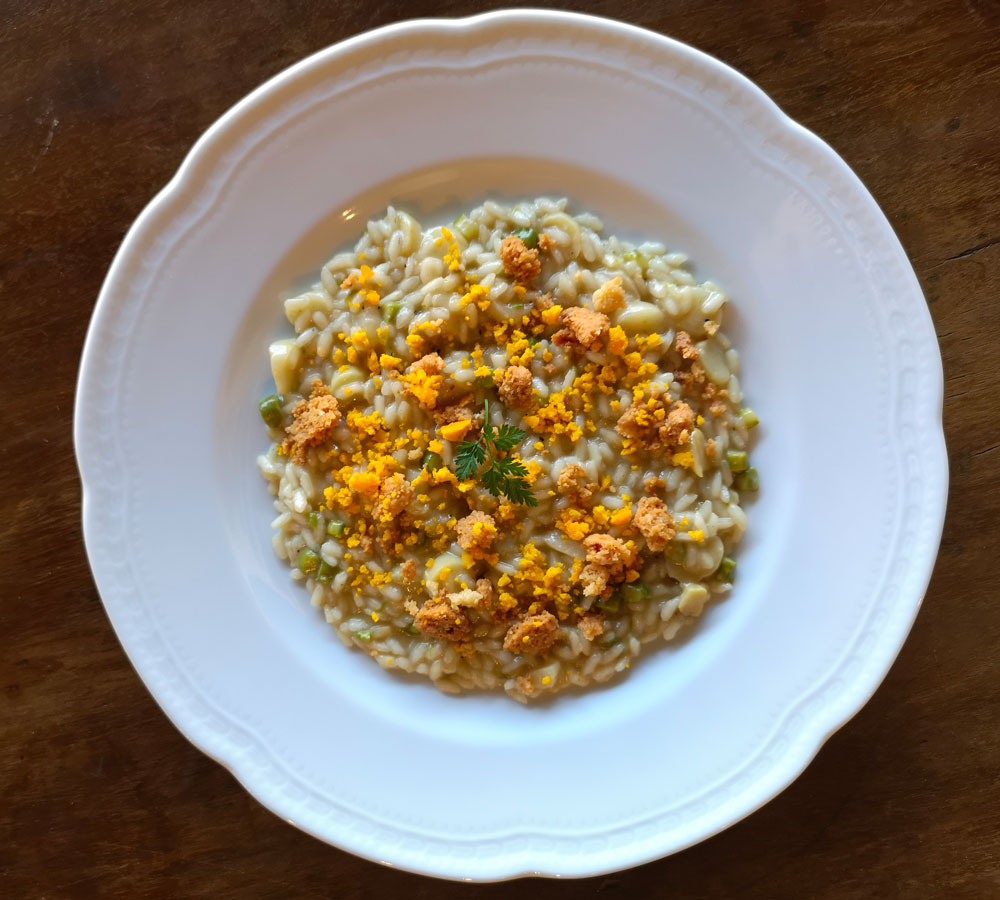 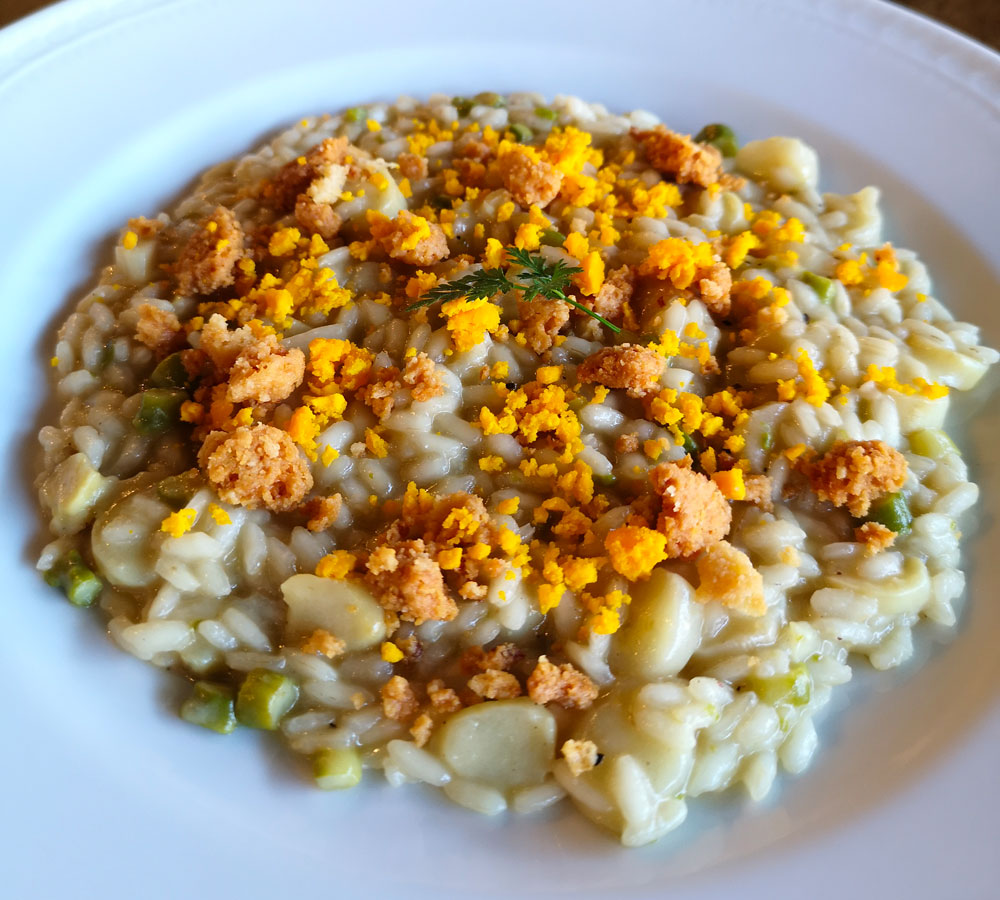 Serve on a warm plate and complete the plate by crumbling the Parmesan crumble and the yolk previously removed from the marinade. Pairing: Valpolicella DOC Classico Superiore Collezione Pruviniano. 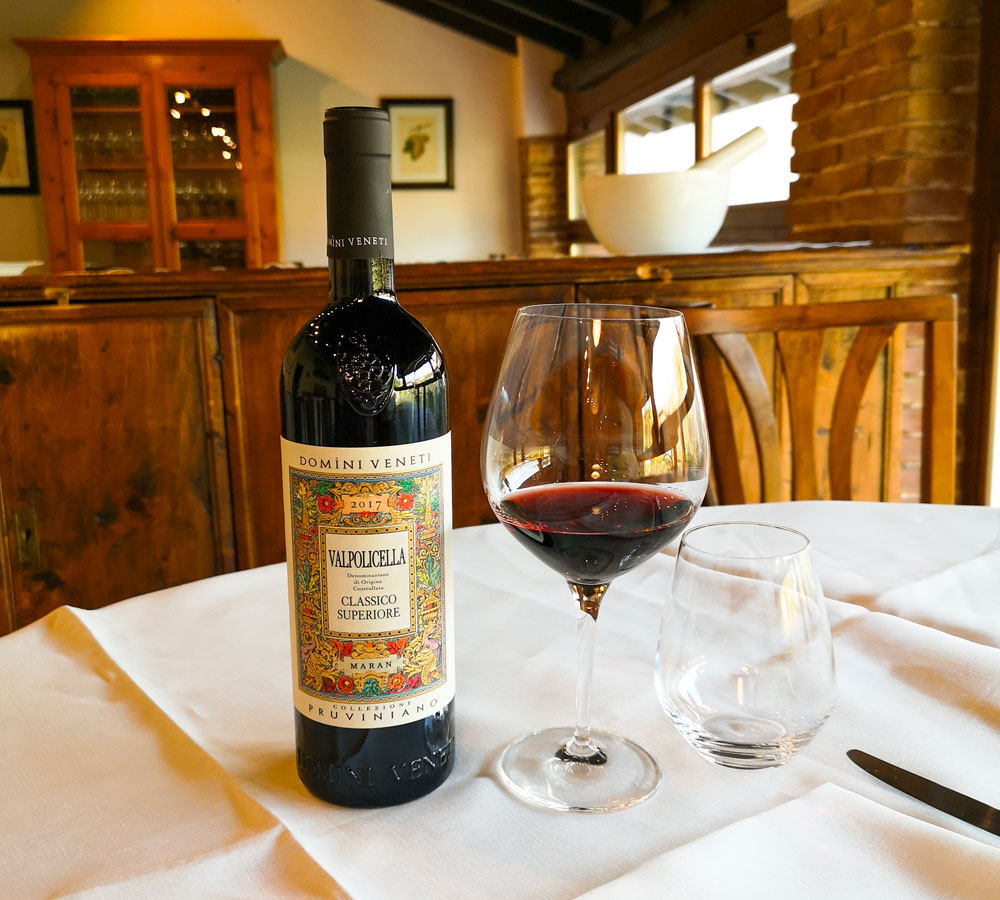